Flight risk for Australian employees increasing as the economy improves

Sydney, Australia 22 April 2021: Australian employers are being urged to keep their employees happy, with new data revealing an improving economy may be all it takes for more than half of Australians to begin their search for a new job.

According to the ELMO Employee Sentiment Report, 51 per cent of working indicated their decision to search for a new job was contingent on current economic conditions. However, with recent ABS data highlighting that the unemployment rate is plummeting and with more organisations announcing hiring intentions, workers may finally be preparing to jump ship in a rapidly improving economy.

The effect of COVID-19 on the Australian workforce

These feelings of burn-out may be explained by the ELMO Employee Sentiment Report’s finding that between January to March, a quarter (25%) of Australians took on more responsibility at work.  In the same period almost a quarter of workers (24%) considered a career change. Alarmingly, despite the COVID-19 pandemic health warnings, a quarter (24%) of Australians arrived at work feeling unwell – pointing to increased presenteeism tendencies during this period.

More than half (53%) of Australian workers saying they anticipate a pay rise in the next 12 months. Australians were less optimistic about a bonus, with more than half (52%) reporting they aren’t expecting to receive one. Despite feeling burnt-out workers were also solution focused, with 68 per cent agreeing greater technology will make their jobs easier.

The risks & impacts of an overwhelmed workforce

Over the last three months, workers who are considering a career change are more likely than average to have taken annual leave (49% vs. 37%), faked a sick day (19% vs. 12%), felt bored at work (45% vs. 27%), felt burnt-out at work (52% vs 34%) and felt overwhelmed at work (33% vs. 22%). They are also more likely than average to rank career development opportunities in their top five important factors when choosing a new employer.

The risk of increased employee turnover is an expensive proposition for Australian businesses. Recent research by ELMO Software revealed the average cost to fill a new role is $10,500 and takes an average of 33 days. The dollar cost is twice as much for C-suite executives.

The insights into Australian workers are a result of a first-of-its-kind nationwide survey commissioned by ELMO Software and conducted by Lonergan Research. The ELMO Employee Sentiment Report polled a representative sample of more than 1,000 Australian workers to understand their attitudes, actions and behaviours in the workplace. It also examined workers’ optimism in the economy and their career plans in the near future.

The ELMO Employee Sentiment Report can be downloaded by the public here.

The ELMO Employee Sentiment Report also revealed that 88 per cent of Australians feel their job is either secure or are sitting on the fence. For the broader economy, 80 per cent reported they see the economy as secure or remain on the fence.

While the economy is showing signs of improvement, domestic border closures and city-based lockdowns sapped workers’ confidence in the economy. Domestic border closures are making 55 per cent of Australians nervous for the security of their jobs. Meanwhile, city-based lockdowns are having a larger impact on workers’ confidence with 67 per cent of respondents reporting the lockdowns cause them to fear for their jobs.

The importance of understanding employee concerns

ELMO Software CEO Danny Lessem says it’s important organisations have an in-depth understanding of how their employees feel about the economy, their jobs and their overall wellbeing.

“The COVID-19 induced economic slowdown influenced more than half of Australians in their decision to search for a new job. As the economy continues to improve more workers will stop putting off a job change and begin to see what else is out there in the market.

“Job seeking can rise steeply when economic growth returns. It’s important that employers look after their people during the good times and the bad times to encourage them to stay with the company.

“It doesn’t take long for an employee to go from feeling burnt out to feeling like they need a new job.

“Losing good quality talent can be a big set-back for a business and can quickly become a costly situation. Having an in-depth understanding of the workforce to make sure people aren’t being overwhelmed with the amount of work they need to do.

“Technology can be a saving grace for many organisations to get the insights they need about their workforce to make sensible resourcing decisions that can help to reduce employee turnover and improve wellbeing.

“It’s encouraging to see 88 per cent of Australian workers are either feeling secure or remain neutral about their job security. With greater job security comes greater spending which will truly kickstart our economic recovery.”

About the ELMO Employee Sentiment Report

The ELMO Employee Sentiment Report examines the attitudes, actions and concerns of Australians in the workplace. The research questions ask respondents to both reflect on the past quarter as well as anticipate the year ahead. The report is completed each quarter to provide a rolling index of Australian workers attitudes and behaviours over time.

The research was commissioned by ELMO and conducted by Lonergan Research in accordance with the ISO 20252 standard. Lonergan Research surveyed 1,088 Australian workers 18+. Surveys were distributed throughout Australia including both capital city and non-capital city areas. The survey was conducted online amongst members of a permission-based panel, between 23 March and 5 April, 2021. After interviewing, data was weighted to the latest population estimates sourced from the Australian Bureau of Statistics. 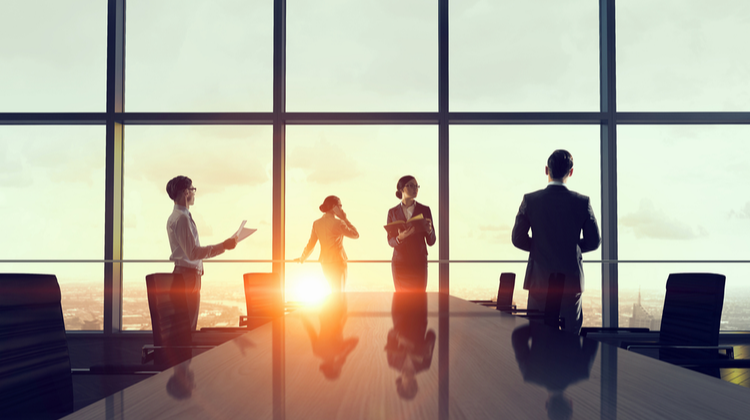